Croatia is considered one of the safest countries in the world according to The Global Peace Index 2020 produced by Institute for Economics and Peace (IEP), ranked 17 among 163 countries.

Croatia is one of the sunniest spots in Europe. You should expect 13 hours of sunshine a day in July. More than 14 million people choose Croatia for their holidays each year.

Croatia is the home of the parachute, tie and even the mechanical pencil among other inventions that are used in everyday life of billions of people in the world.

Croatia is also the birthplace of Marko Polo, Nikola Tesla, and many more outstanding individuals.

Aside from the beautiful coast and great cultural and historical heritage, Croatia has been recognized as one of the top tech hubs in the EU, our IT professionals recognized for their skills and expertise all over the world.

Zagreb, one of the oldest European cities, is not only administrative but also the economic, diplomatic and cultural capital of Croatia, with a population of almost one million.

It is also a university center with more than 40 higher education institution and over 90,000 students. The first university in Zagreb was established in the 16th century.

Zagreb is also a city of science and culture. The city has approximately 50 museums and galleries, as well as more than 20 theatres and music venues. Some of the most interesting cultural spots to visit are the Museum of Broken Relationships, Museum of Illusions and Zagreb 80’s Museum. Many open-air events and exhibitions are organized from spring to autumn. While walking down the streets of Zagreb, you can admire the classic European architecture, mostly dating back to the Austro-Hungarian Empire.

Even though Zagreb is a Central European city, in many ways, it has a Mediterranean way of life.

Great atmosphere and friendly local people are the biggest values of Zagreb. Daytime is reserved to enjoy a leisurely stroll around the city, stopping for a coffee on a sunny terrace. The bars open late in the afternoon and live music spices up the evenings.

The romantic ambient of the Upper Town in Zagreb is made perfect by having a delicious glass of Croatian wine at what has become the most popular hiding place from the bustling sounds of the city. It is a sure way to forget you are in a busy capital and also a great opportunity to meet locals.

Zadar, a city with over 3000 years of history, is the administrative, economic, cultural and political center of northern Dalmatia with 75,000 inhabitants, situated in the heart of the Adriatic region.

Those who respect and admire historical monuments and cultural heritage find the city irresistible. Zadar is both an atmospheric time machine and an open-air museum, surrounded by historical ramparts, a treasury of archaeological and monumental riches from the ancient and medieval times. It is a Renaissance city with a modern flair thanks to the first sea organ in the world!

Zadar was built around a Roman forum with well-guarded city walls that have protected old monuments against many adversaries. Full of archives, museums and libraries, Zadar is the keeper of literary and musical treasures and the city with the oldest University in Croatia (1396). The Zadar region is known for its crystal-clear sea waters, a multitude of small islands and beautiful natural beaches. Here you can choose to visit theatres, museums and exhibitions or attend different concerts every day. Enjoy the city of Zadar, a city of exceptional history and a rich cultural heritage. 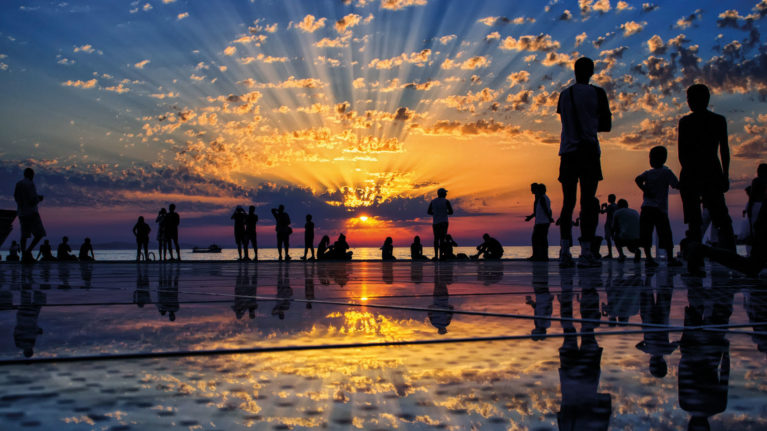 The view of the sunset from Zadar riviera has been called the most beautiful in the world. First called so by Alfred Hitchcock, tucked away in a maritime archipelago facing a multitude of islands and islets, you can enjoy the view accompanied by the symphony of the sea organ and a magical urban light installation called Greeting the Sun.

The history of the Island Krk reaches back into the prehistorical period. Numerous nations, indigenous inhabitants and strangers shaped its history, starting with the Liburni, the Romans, the Slavs, the Franks, the Venetians, the Habsburgs, all until the modern age. The city was founded on ancient foundations (Platea Antiqua, Thermae, mosaic in the tavern Mate, Temple of Venus and the city walls), which through hundreds of years of changes obtained a cover of medieval walls and a new city infrastructure still extending along the regular Roman city raster (cado and decumanus). 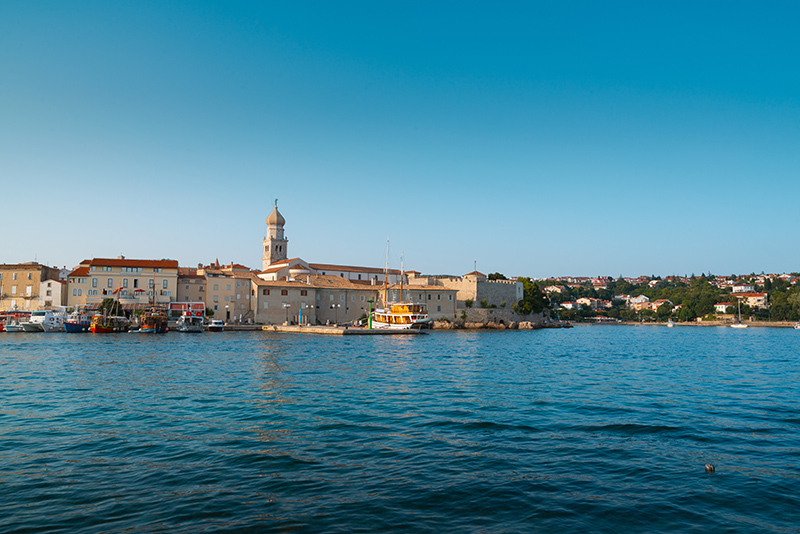 The change in the city view was determined by two main features; one purely stylistic, brought by changes in the way of building, which followed European artistic tendencies, while the other came along with the Christianisation and placing importance on sacral architecture around which the city centre formed.
The feature with which the city of Krk entices people is its representative medieval heritage.

Today we know Krk as a tourist place of extreme cultural and artistic heritage, where the ancient Splendidisima Civitas Curitarum (glorious city of the people of Krk) lives in a wonderful synergy with the busy nature of the modern age.

The sea is clean, very clean! The town beaches meet the high criteria for quality seawater, and associated amenities: sanitary, hospitality, sporting, recreational, and along with a compulsory note that the beaches provide access to the sea for persons with special needs.

The Island of Krk

The Island of Krk is situated on the 45th meridian parallel, exactly mid-way between The North Pole and The Equator. The biggest advantage of the location is the especially pleasant climate in this area of the Mediterranean, with warm, sunny summers and mild winters. 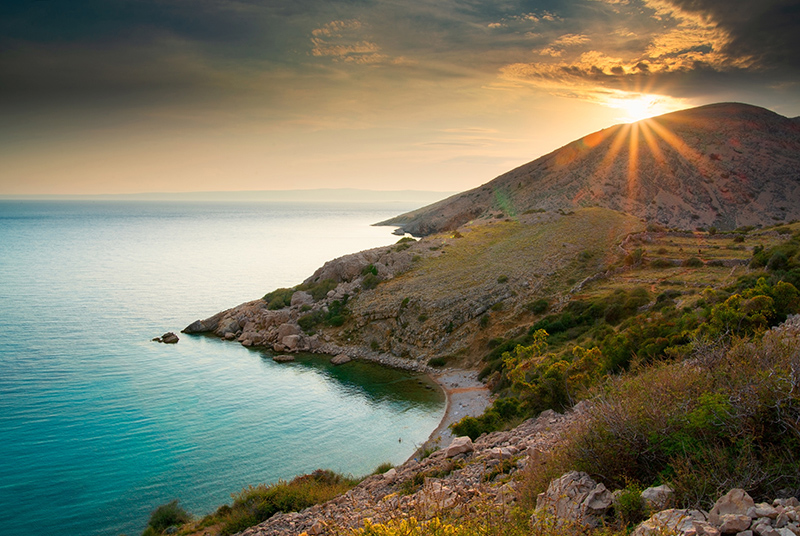 Krk is the island of sunshine, with over 2500 hours of sun annually. The clean sea, air and the summer breeze only add to the wholesome, beneficial climate. So no wonder that wellness tourism developed at the beginning of the 20th century. Due to the climate, the island is rich in many kinds of Mediterranean plant life.

The variety of terrain makes Krk the island of contrasts: areas of thick forest, hills, mountains and fertile valleys intertwine with areas of diversely shaped limestone. The coastline is rugged, with numerous secluded coves, bays and inlets with beautiful sandy and pebbly beaches and Mediterranean plant groves that give a pleasant shade and protect from the Sun.