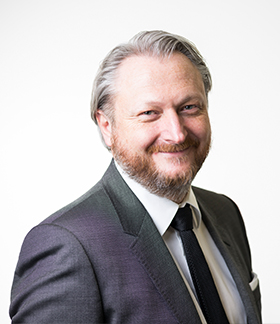 Leo has a Ph.D. in Computer Science in the field of Information Technology modeling the decision support system in complex market conditions at the Department of Informatics at the Faculty of Humanities and Social Sciences at the University of Zagreb. At Oracle Academy, he further developed in information systems design, database administration and BI solutions. He is a professor, Head of the Department of Data Analysis at the Algebra University College and a lecturer at several other colleges. He is also a court expert in finance, accounting and information technology. He has participated in many domestic and international conferences, with publications related to various fields of business (business efficiency analysis, digital data and marketing, decision support systems, organization optimization, advanced analytics in business). With colleagues in data science, he is also a co-author of several books, as well as several scientific and professional papers from the field of business intelligence. Leo is a member of the Management Board of HrOUG (Croatian Association of Oracle Users), YES (Young Executives Society), Croatia, and Croatian Association of Judicial Expertise (HDSV). 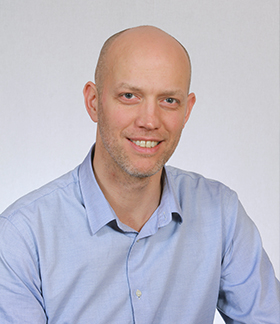 Hrvoje is an engineer for data analysis and machine learning. Hrvoje works on projects in the field of data science, machine learning, information systems and web applications. Lecturer and researcher at Algebra LAB Research Center, uses a wide range of methods, technologies and projects related to data science and data economics. In 2012 he received his doctorate at the Faculty of Electrical Engineering and Computing in Zagreb in the field of applied computing with the topic "Integration of distance learning systems and digital objects repository". He is experienced in teaching IT courses and courses live and via the Internet, for domestic and international audiences, students and business users. He also has a rich experience in the implementation of information systems, optimization and content integration with various content management systems. He has been working on implementation and / or migration projects for e-learning, installation and migration of various ERP systems. He also has rich experience in information system administration, optimization and IT security consulting, and implementation of cloud technologies and services.

Ines Vlahović is born in Zagreb and graduated in 2008 at the Department of Physics, Faculty of Science, University of Zagreb, on the topic "Linking education of informatics and physics on example of Excel" in the field of computer science and physics, and thus obtained the title of prof. physics and informatics. In 2009 she became a researcher also at the Physics Department where she received her PhD in 2014 on theme "Identification of higher-order periodicity in insect Tribolium castaneum using computational GRM method" under the mentorship of Academician Emeritus Professor, Ph.D. Vladimir Paar in the field of theoretical biophysics research. She has taught many classes in physics and informatics courses at the Faculty of Science and Algebra. She has given several invited lectures within the teaching section of the Croatian Physical Society as part of the project Inculturation of Science in Society, lecturing within the Croatian Society for Theoretical and Mathematical Biology, at the symposiums Modern Curriculum and Physics, Neuroscience of Learning and Memory, Applied Genomics - Precision Medicine and Genomics technology. She is a member of: Croatian Biophysical Society, European Biophysical Society, Council for Science and Education, HAZU, Committee on Applied Genomics, HAZU. She has also participated in scientific projects "Higher-order periodicities and global repeat maps of the Neanderthal, human and chimpanzee genomes", "KSA computer-aided research of higher-order repeats and duplicates in the human genome", “Variants in higher order repeat structures in centromeric and NBPF regions of human and higher primates genomes” during which she published a large number of scientific papers in journals, conferences, and proceedings. Since 2019 she has been working as a researcher at Algebra Lab. 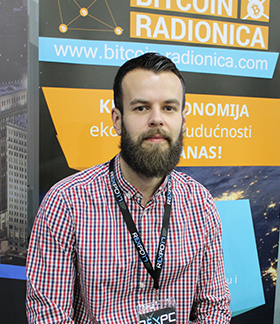 Boris is a computer technician and an entrepreneur. Areas of his expertise are maintenance of information systems, system administration, digital marketing, web design, user experience design, web and software development, and education. Since 2010 he specialized in web & front-end development. The last three years has been specially focused on blockchain technology. He conducts workshops and educates participants on crypto currency, blockchain and smart contracts. He writes a blog on a web site www.bitcoin-radionica.com 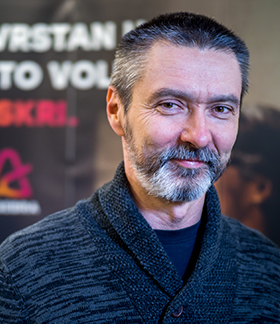 Zdravko is an experienced technology expert, entrepreneur and data scientist. As an expert in the areas of decision support, computer modeling, visualization of information and professional microelectronics, he designed specialized information systems, databases and models in the field of insurance, telecommunications, public administration, meteorology, culture and traffic management, and conducted a number of development projects in the area information technology and industrial electronics. He works as a teacher in computer learning courses, visualization of information, support for business decision making, and data-based marketing strategies at Algebra University College.