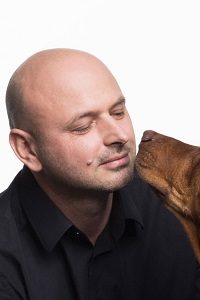 Davor Runje is the CEO and co-founder of DRAP, a full-service tech and creative digital agency in Croatia.

As a PhD intern working with Yuri Gurevich at Microsoft Research, he worked on applications of the interactive ASM thesis on multiprocessor/multicore programing. He designed, implemented and transferred technology to a product group of a system for execution of structured concurrency, later named the Task Parallel Library of .NET framework. Received the SSCLI and Phoenix 2005 award by Microsoft Research as one of the best 16 research projects in international competition.

Inventor and lead developer of several DRM based and DRM free systems for digital audio distribution based of AMP® MP3 decoding engine for clients including DMX Music, STMicroelectronics and Napster.

Before co-founding DRAP in 2008, he co-founded PlayMedia Systems in 1997 and launched AMP MP3 technology on the global market, and helped launch BabyWatch (now called Bellabeat) in 2013, a digital health wearable company. He also teaches machine and deep learning at the HUB385 Innovation Center.