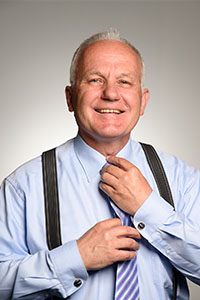 Milan Horvat is CEO of FIMA Plus, a brokerage cryptocurrency trading house, since January 2017. He is also Chairman of the Supervisory Board of FIMA Invest, an investment fund management, since December 2019. He provides consultancy services and advisory at Enasol.

Milan has acquired MA in foreign trade from the Faculty of Economics, Zagreb University, in 1985. He received M.Sc. in “Marketing of brokerage houses” from the same Faculty in 2005. In the meantime, he professed his skills through numerous professional and specialist courses, seminars, and trainings. The most notable ones were “Communication Training for Businessmen and Entrepreneurs” in 1991 and “Managerial Communicology” in 1996. In 1994, he became certified as a Qualified Broker of Securities Trading. As a USAID and EMED program fellow, in 1996 he had an opportunity to visit major financial institutions, capital market institutions and leading brokerage companies in USA.

He has started his career as Varteks Trade Network supply organizer in 1983, became assistant and head manager of hotel Trakoščan in 1988, CEO of Conbeta tourism company and deputy director of CBB by 1994. He was CEO of FIMA Brokerage between 1995 and 2009. In that period, FIMA became a holding company specialized in financial and other related business services. He has founded FIMA International brokerage branch for securities trading in Croatia, Serbia, Ukraine, and Bosnia and Herzegovina. Since 2009, he serves as an advisor to the FIMA System.

Milan is a notable business entrepreneur with keen sense of leadership and initiative when it comes to market opportunities. He was the founder of the Varaždin Stock Exchange in 1993, as the first one in Croatia. He started Kapital magazine and was its editor-in-chief. As a member of the Council of the Croatian Employers Association, he served between 1998 and 2002. He was also the initiator, one of the founders and Supervisory Board Chairman of Vaba Bank Varaždin. He was also either member or president of the Supervisory Boards at FIMA Bank Sarajevo and Varteks by 2014.