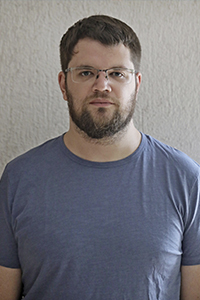 Kruno Lenac is leading a team for simultaneous localization and mapping (SLAM) in Gideon Brothers, a company listed by CB Insights, a tech market intelligence platform, among the most well-funded tech startups in Europe and the top tech startup in Croatia.

Kruno has ME from the Faculty of Electrical Engineering and Computing, University of Zagreb. After the graduation, he continued there as a Research & Teaching Assistant. In 2017, he received his Ph.D. degree in Electrical Engineering with the thesis titled “Simultaneous mobile robot localization and three-dimensional modeling of unknown complex environments in real time“. During doctoral study, he worked on several international and local scientific projects including ACROSS (EU-REGPOT), FER-KIET (EU-SF-IRI), EuRoC (EU-FP7) and CloudSLAM (UKF). He was a visiting researcher at Karlsruhe Institute of Technology (KIT) and University of Würzburg. Kruno joined Gideon Brothers in 2017.

His primary role in Gideon Brothers is supervising a team developing algorithms that allow robots to know where they are and how the environment around them looks like. Algorithms developed by his team enable robots to work robustly and accurately in highly dynamic and changing environments completely autonomously while maintaining safety for all humans sharing the environment with the robot.