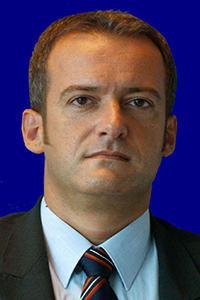 Milan Parat is Executive Director of the Cybersecurity and BCM Department, and Chief Security Officer of the PBZ Group.

He started his career in 1994 at Privredna banka Zagreb (PBZ). In 1997, he specialized in information security and was promoted to the Head of the Information Security Office in PBZ.

Since 2008, Milan Parat has been the Executive Director of Corporate Security and Chief Security Officer of the PBZ Group.

In addition, since 2012 he is Chairman of the Security Committee of the Croatian Banking Association. Since 2014. he is Croatian representative in the European Banking Federation – Cyber Security Working Group.