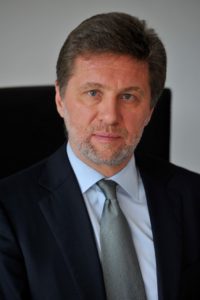 After graduating from the Faculty of Law in Zagreb, Mladen completed his postgraduate studies and obtained the title of Master of Intellectual Property Rights at Franklin Pierce Law Center, Concord, NH, USA. He worked for two years as an intern, and for a year as an associate in the Hanžeković & Radaković law office in Zagreb. He was a guest attorney at the several law firms abroad: Fenwick & West, Palo Alto, CA, USA; Monahan Duhot, Paris, France and Pavia & Ansaldo, Milan, Italy. He founded the law firm of VUKMIR AND ASSOCIATES, LLC back in 1991. He was appointed in 1992 as an expert advisor at the State Intellectual Property Office (CSIPO) in Zagreb at the time of its establishment, after which he was appointed as a Patent and Trademark Agent at the CSIPO. He is appointed as a trademark and designs agent at the European Intellectual Property Office (EUIPO) and the European Patent Office (EPO). He served as an advisor during the preparation of the Technology Transfer Handbook at UNIDO and since he participated in various government requested consulting assignments. Mladen Vukmir is a member of INTA, AIPPI, IBA, ITechLaw, GALA, INTA, LESI (past), UIA.

He is author of numerous articles and a frequent lecturer on intellectual property issues. He regularly teaches as a visiting professor at the graduate and postgraduate studies at the Faculty of Law in Zagreb, and thought as a regular lecturer at the American Institute of Managment and Technology (Rochecter Institution of Tecnology, NY in Dubrovnik) where he held a course on Contracts and Negotiation. Mladen is an arbitrator at the Arbitration Court of the Croatian Chamber of Commerce. Mladen is a mediator at the International Institute for Prevention and Resolving Disputes (CPR) and INTA Panel of Trademark Mediators, Croatian Chamber of Commerce, Croatian Bar Association and is a mediator certified by the International Mediation Institute (IMI). Mladen was appointed as a member at the State Intellectual Property Office, where he served as a member of the Board of Appeals for Patents and Topographies.

In 2011 he was elected President of AIPPI Croatia and from January 1, 2012 to December 31, 2014, served as member of the International Trademark Association (INTA) Board of Directors. During 2016 and 2017, Mladen is the vice president of the INTA Brands and Innovations Committee.

Mladen was also an advisor to various domestic and international organizations such as the Ministry of Science and Technology, the World Intellectual Property Organization (WIPO), the World Bank and the European Commission (CARDS 2002, IPA 2009 and PLAC 2016) and the GLG Council.

Mladen is a honorary General Consul of the Kingdom of Denmark in Zagreb, decorated with the Order of Dannebrog, Second Order Class.

Mladen Vukmir is the only panelist at the Global Domain Generic Domain (gTLD) .com, .org, .net, WIPO (UDRP) Panel in South East Europe, panelist of the .eu Panel at the Czech Arbitration Court, as well as a panelist at the Carnet .hr National Domain Name System (ccTLDs) Arbitration.