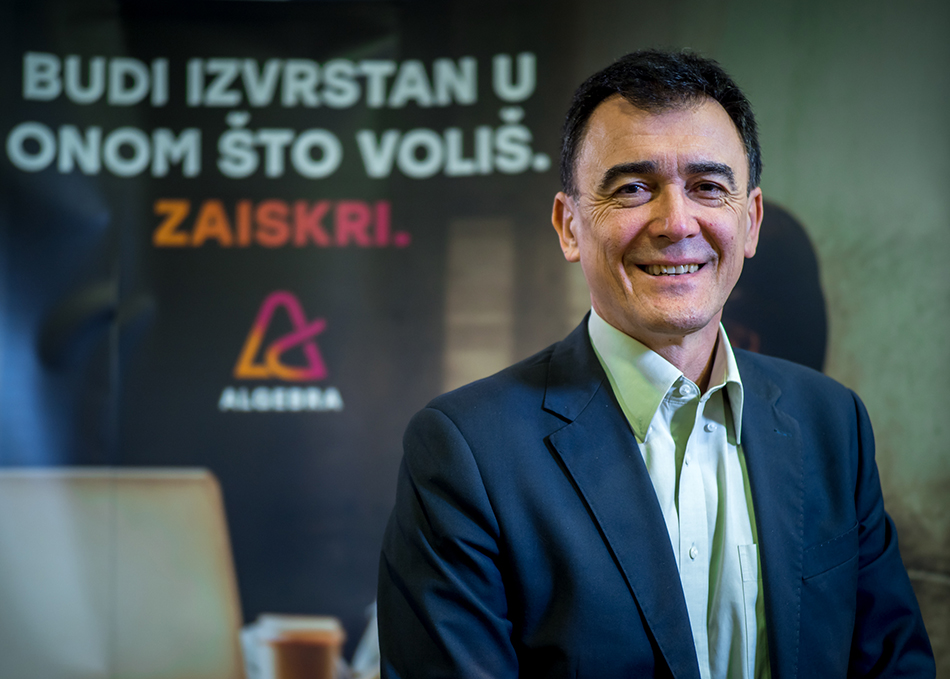 Goran Radman is the Vice Dean for International Cooperation and Director of e-Leadership MBA Program at Algebra University College. His academic backgrounds are in the graduate and postgraduate studies of International Relations at the Faculty of Political Sciences, University of Zagreb, where he’s currently pursuing a Ph.D. in theories of international integration. He has acquired MBA from The Wharton School of the University of Pennsylvania and has refined his management and leadership skills through various executive programs, including the ones at INSEAD and London School of Economics. He’s also a regular lecturer of competitiveness and innovation since 2009. He has started off his professional career in 1984 as an International Relations Advisor to the President of Croatia and continued as General Manager of Croatian Television (1987). In 1992 he has moved on to private sector to manage MicroLAB, a computer engineering and consultancy company. He has joined Microsoft Corporation in 1996 to start up Microsoft Croatia and has expanded his responsibilities in 2000 as a General Manager of the Adriatic and later on South Eastern European region. He was appointed Microsoft Chairman SEE in 2004 and Chairman ECEE in 2007. He has left Microsoft in late 2008 to became Chairman of SenseConsulting and Dean of the VERN’ University of Applied Sciences. From 2012 to 2016, he has served as the Director General of Croatian Radiotelevision. He is president of the Management board of the Croatian think-tank Center for Democracy and Law Miko Tripalo. Goran is author, co-author and editor of many professional and scientific articles and books in the field of social development, management, IT, media and international relations.