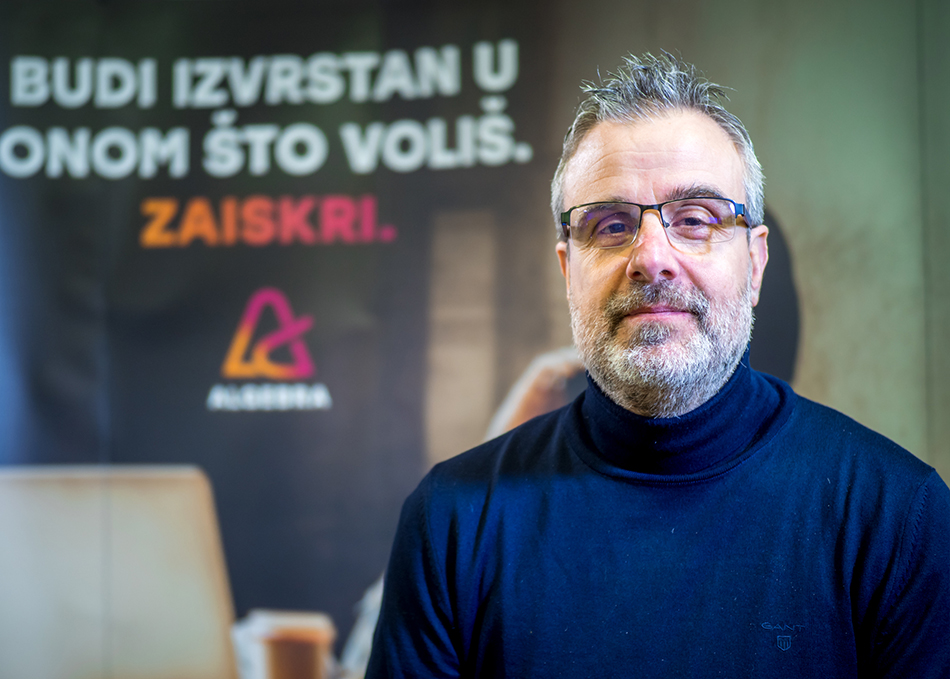 Igor Kundić, MA, was born on December 6, 1971, in Zagreb, where he also attended elementary and high school. After finishing high school he enrolled at the Faculty of Economics & Business in Zagreb, where he graduated in 1996 and gained a degree in quantitative methods. Until 2001 he worked for a company that organized events as a sales manager, and in September 2001 he was employed in Algebra. For the first couple of years, he has been working as a marketing manager, and in 2005 he took over the sales department. In 2008, he became a member of the Board of Trustees at the Algebra University College. In 2011, he also became a member of the Algebra d.o.o. management, in charge of sales, and since 2017, this role was expanded to the field of human resources. From 2010 to 2018 he was a member of the Presidency of the Croatian Association for Project Management. On several occasions, he was a guest lecturer at the Faculty of Economics & Business in Zagreb.