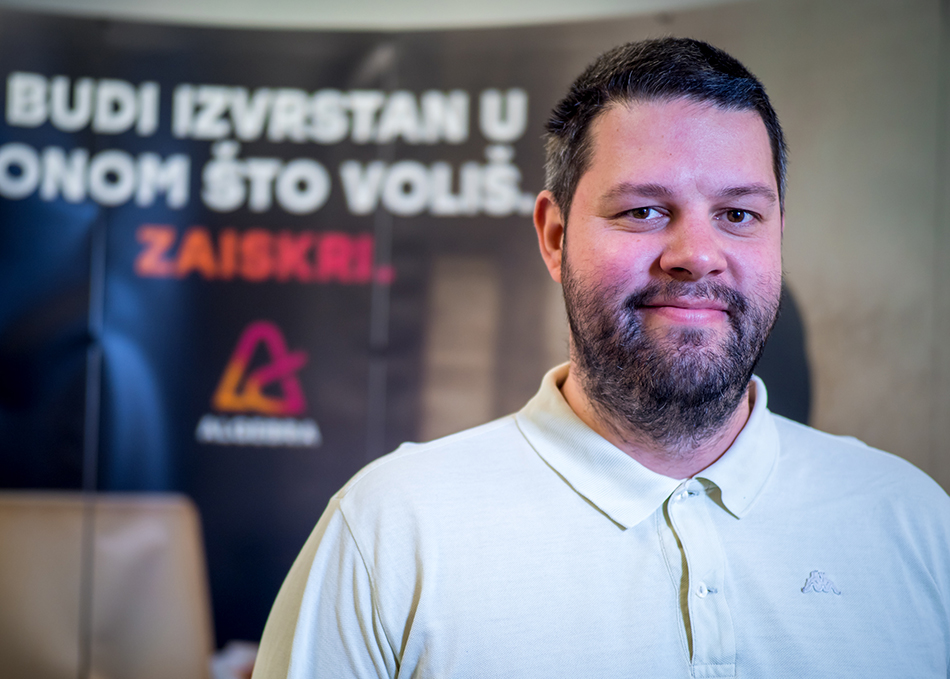 Ivan Božajić was born on October 13, 1983 in Zadar where he finished elementary school and high School “Franjo Petrić” (MIOC). In 2007, he enrolled in the College of Occupational Safety and Health in Zagreb. In 2009 he graduated from the Professional Undergraduate study program in Occupational Safety. Ivan completed Professional Graduate study program in Environmental Protection in 2012. In 2005 he started working at Iskon Internet as a helpdesk agent , after which he got employed in the Information Systems Center as a web application developer. Since 2006 he works as a freelancer and from 2008 he works full time at the College of Occupational Safety and Health in Zagreb as a programmer and expert associate in the information registry where he has created a management system for the College, which is constantly being upgraded and maintained. He has been an assistant at the course of Informatics since 2011. Moreover, he is employed as a lecturer at the Open University Algebra where he teaches courses related to PHP and MySQL content He also participates in writing and developing curricula for the mentioned courses. He has participated in many professional projects. He attended various workshops and seminars related to programming, CISCO, PHP, MySQL and andragogy for which he holds relevant certificates. He is an advanced user of computer, and the following are the technologies an languages that he uses on a regular basis: PHP, SQL, JavaScript / jQuery, HTML, CSS, C / C ++, Visual Basic. ASP, Perl, AJAX, Objective-C / iPhone / iPad. He is an active user of English language in speaking and writing.