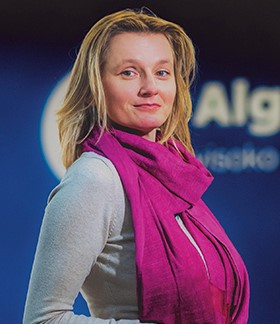 Maja graduated from the Faculty of Humanities and Social Sciences at the University of Zagreb and she received her doctorate at the Central European University in Budapest. She worked as a researcher at the Institute for the Wisenschaften vom Menschen in Vienna and as a project coordinator for the Westfälische Wilhelms-Universität in Münster. She is a winner of Erich Maria Remarque's scholarship at New York University and the Alexander-von-Humboldt Foundation for Freie Universitat Berlin. She worked as a project manager at Central European University and as a guest lecturer at Northwestern University in the United States. She has published about a dozen scientific papers. In the non-scientific part of life, Maja worked as a Director of School Program in Školska Knjiga, as Executive Director in Profil, and as the Head of Educational Programs for Students in Algebra. She is a textbook author and has held numerous professional lectures and workshops.